Is Dressing Sexy The Best First Impression For Him ?

Ladies, you definitely want to make a great first impression. As you know, men are visual creatures, and I have been told that they usually know within the first three seconds whether they are interested or not. Three seconds! Can you believe it ? So that means it’s your “look” that can make or break it for you. But is dressing sexy the best first impression for him ?

I have met with gals in the office who were very natural-looking, wearing light makeup and very pretty. Then when I got feedback from the gentlemen that they had met, they reported back that although the gal was very nice, she was so overly made-up that it was a real turn-off. The gal was probably just trying to look pretty for her date, but she went overboard. Most men prefer a fresh-faced beauty. Some makeup is nice, but don’t overdo it. The same applies to perfume. Less is more. Everyone has different tastes so until you know his, go lightly with the perfume. Something feminine and clean smelling is your best bet. Some ladies tend to spray on half a bottle of something very strong and overpowering just before walking out the door. You don’t want to give your date a headache or a sneezing attack.

Now, let’s talk about clothing. What you wear on a first date can also be crucial. Aim for something comfortable, classy, understated, elegant, and feminine. These are all great words to describe the look you should be going for. It’s not wise to wear an ultra mini skirt with a skimpy top with your cleavage spilling out. You will look trashy. He might think that you’ll be fun for the night, but would not want to take you home to meet his mother. But if you do have a nice figure, definitely wear something that shows it. I have heard countless times from men that on the first date, and often the second as well, they had no idea what her figure was like because she wore something so shapeless and baggy. And just because of that the man was hesitant to go out with her again. Be sure that you wear something as feminine as possible. Also, ask your date about the event that you are going to. Will you need park clothes, beachwear or are you going rock climbing? If you are going to the zoo and will be walking all day, you won’t want to show up in high heels. 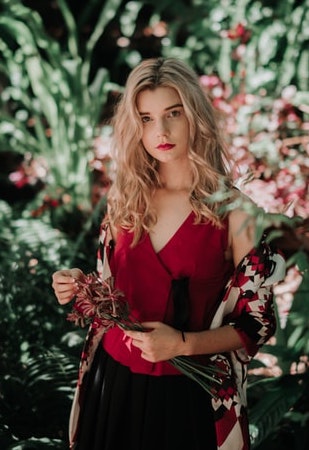 You’d be surprised at how proper attire can make or break a date. Harold invited Liz to go to an art show and then a long walk through the park. She showed up in a blouse and skirt and designer high heels. He was frustrated because she couldn’t walk long in them. He offered to take her home to pick up a pair of tennis shoes, but she told him that she didn’t own any. He offered to take her to a sporting goods store to buy her some, but she felt funny about it and declined. So not only could they not go to the show as planned, but also the whole mood of the date was broken. Harold later told me that he prefers a woman who is more down-to-earth, someone who can put on a pair of slacks and some tennis shoes and go with the flow.

So is dressing sexy the best first impression for him ? You’ll have to ultimately decide.