How To Exit From A Bad First Date 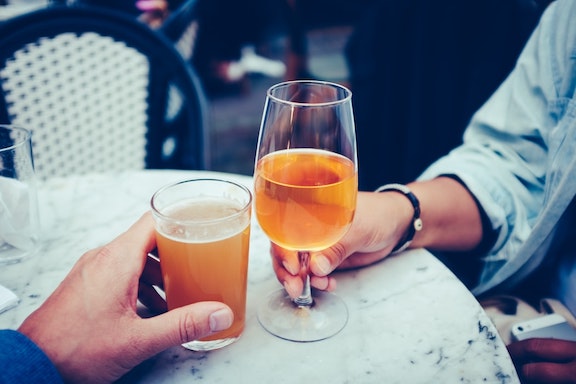 I once received a call from a male client giving me feedback on his date the night before. First dates can be a challenge sometimes. Let’s talk about how to exit from a bad first date and want may be acceptable. Here’s his first hand story.

Ronald had invited Stella to a lovely restaurant downtown with a beautiful outdoor patio and a fountain. They were seated, and ordered a glass of wine and some appetizers. Ronald found Stella to be attractive, but a bit standoffish. He thought the conversation was going pretty well, and they ordered another glass of wine. Then Stella excused herself to go to the ladies’ room.

After about fifteen minutes, Ronald started to become concerned. He got up and started looking around the restaurant. He asked the host and waiter if they had seen her, but neither had. He went back to the table and waited another fifteen minutes, and then he called her on his cell. He left her a couple of messages with no response. He finally went home.

He had met her at the restaurant so he did not know her address. He was very worried about her and considered calling the police. I told him that I would call her and try to find out what happened. I called her three times with no response and e-mailed her twice.

After a few days, I was also very concerned, so I left another message on her voice mail informing her that if I did not hear from her by the next day, I would be calling the police and have them go to her home. Well, she immediately e-mailed me, apologizing for not responding.

She said she had found Ronald unattractive. He had some strange dental work in his teeth, and she couldn’t look at him. She said that she did not know what to do, so she pretended to go to the ladies’ room and just left. I was astounded.

I felt so badly for Ronald, as he was truly concerned about Stella and couldn’t believe that she would walk out without a word. He was so embarrassed and hurt. The best thing to do in a situation where you just do not want to be there is to simply cut the evening short by saying that you are terribly sorry but you do not feel well and really need to go home. There is no reason to hurt someone’s feelings by walking out on your date. Hopefully this helps on how to exit from a bad first date.

Hey guys, we have lots of beautiful women.

GET A FREE CONSULTATION NOW