He Liked The First Date But Ghosted You 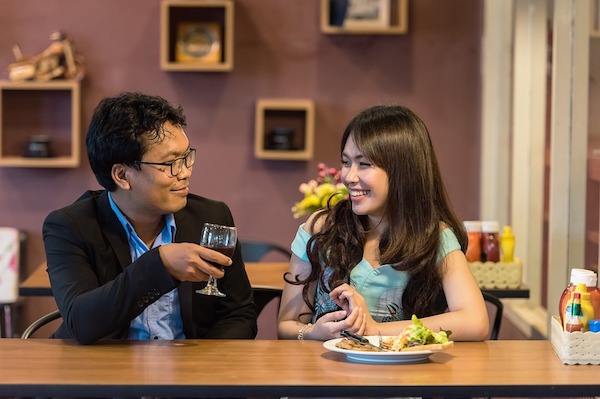 So you went out on a date with a really nice guy. Had a great time, so you thought. He even said that he would like to see you again when you inquired at the end of the date, but then, no call. He liked the first date but ghosted you. What happened?

Wouldn’t you just love to know what your date was really thinking? Did you do something wrong, have spinach in your teeth, bad breath? Do you think you can take it? It could e brutal, after all. The truth is that it doesn’t matter how fabulous of a person you are. You can be the most beautiful woman on the planet, have a Ph.D and speak seven languages, but if you say or do the wrong thing in the beginning stages of dating, you are likely to blow it and never hear from the guy again.

When I was in my twenties (I want to cringe to think of how I acted back then) I was constantly saying the wrong thing. I am still known to do that on occasion, but no one is perfect, right? I have always been too honest, and I remember a guy asking me if I liked to ski. I told him no, that I had never tried it and had no interest. He also asked me about several other activities, and I was totally negative about all of them. Looking back, I must have seemed like a total boring drag! Of course I didn’t need to lie and say that I was a champion or anything, but I could have been more interested and told him that I’m not usually into sports, but would love to try everything at least once. That would have made me look a lot more easy-going and fun and I would have snagged a second date for sure!

These are some of the reasons he liked the first date but ghosted you anyway.

I so relate to Oprah Winfrey’s comment that she made years ago on her TV show about herself when she was in her twenties. “I weep for the woman I was.”